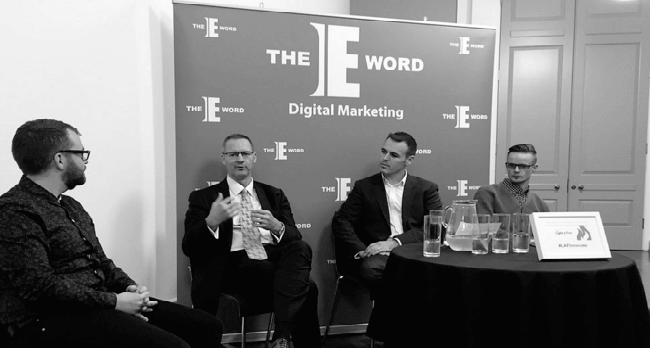 Light a Fire looks at Manchester’s place on the global stage. 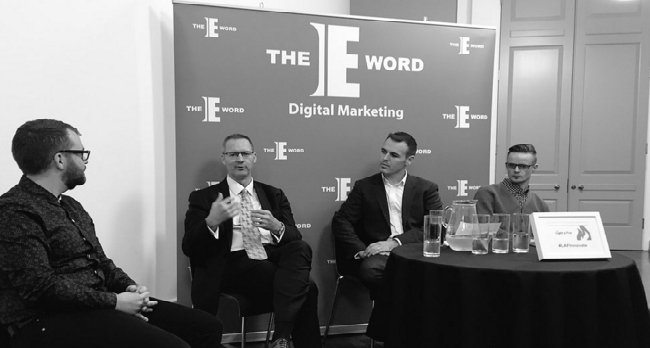 The beauty of an event like Light a Fire is that you can never really be sure where the evening’s discussions will take you. Our most recent event was no different covering everything from worms to football and The Terminator. Kicking things off, Vincent Walsh of the Biospheric Studio says Manchester is “small and complex. It can make things happen”. However, he adds another point, “we should be talking as a collective”, addressing the lack of cooperation between the universities in the area and Manchester’s relationships with its northern neighbours, suggesting these disjointed relations are holding the city back.

The venue on this occasion was a meeting room in the grade II listed Manchester Central Library, and as usual the evening was hosted by our very own question master and MD Dan Nolan.

Joining Dan and the aforementioned Vincent Walsh was James Baker from the National Graphene Institute and Andy Barke from Google’s northern office. During the hours chat, there was plenty of talk about city being the hub of the ‘Northern Powerhouse’, the local infrastructure, technology and the ecology of the planet.

The lack of interconnectivity between Manchester and its local neighbours was a concern for Vincent and Andy, not so much for James Baker who had a slightly different take on things. And for good reason, he’s at the forefront of one of the most exciting scientific developments we’ve ever seen. 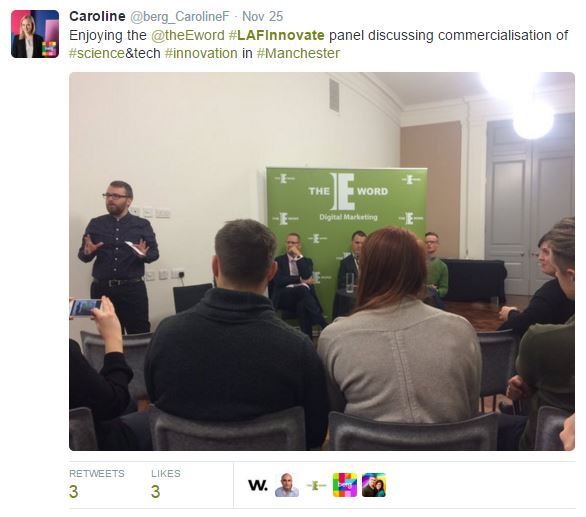 It was agreed however, that tribalism between cities and nations is no good thing. Competition is so ingrained into society that we struggle to innovate. Just think of how Manchester and Salford, separated only by the River Irwell, struggle to work together for the greater good.

Graphene: a solution for everything

The venue recently saw a multimillion pound regeneration project to bring it into the 21st century, a topic that James Baker – who’s worked to facilitate the development of Graphene since 2004 – discussed in length. He spoke about Manchester’s new nickname: ‘Graphene City’ (‘Graphene Valley’ just wouldn’t work in a city without hills) and how the city famed for the home of the industrial revolution is taking a new path. 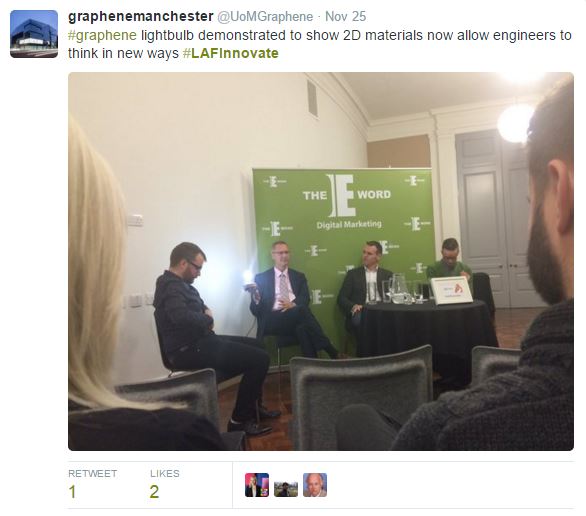 An excitable James, holding a light with a Graphene fillament to demonstrate how, contrary to the traditional LED, they don’t conduct heat and are around 10% more efficient, “Graphene is being talked about as a solution for anything”, and what is the world’s thinnest material with the properties to revolutionise everyday life.

That’s reason enough for it to be introduced into the national curriculum to get the next generation excited about science, engineering and maths.

“You wouldn’t drive a car by looking in the rear view mirror”, a quote that optimises the innovation and forward-thinking nature of what the Graphene Institute is achieving, and a response by James to a question about the city relying too much on its past. It’s now, as he says, “leading in terms of science and application”, but we should embrace globalism – and speaking about the 4,000 Chinese students in the city, he says rather than fight it, we should see them as Manchester’s allies on the global scene.

“We should reposition Manchester at the forefront of future developments of cities. The Industrial revolution might be all well and good, but in 2015 80% of the world’s population lives on 3% of the world’s landmass. That’s disproportionate and just not sustainable.” – Vincent Walsh

Andy rounded off the evening by saying “the future is closer than we think”, staying true to the topic of innovation, and leaving those attending – familiar faces and newcomers alike – with a real sense that we’re lucky to be living in a very exciting time for technology.

As usual our guests provided interesting food for thought. Thanks to James, Vincent and Andy for being such fantastic guests on the night and thanks to everyone that’s attended Light a Fire during 2015.

We’ll leave you with a comment from Andy Barke on his view on Manchester as a digital city:

“Northern agencies need to shout more about how good they are. Not just Manchester, but all northern agencies. You’re not just good when compared to other UK agencies, you’ve got the talent to compete with agencies around the world.” – Andy Barke

Keep updated with theEword newsletter (sign up below) for more information on our next Light a Fire event.
[mailinglist subject=”Join Our Mailing List” background=”white” text=”black” headingcolour=”#54620D”]

Is there a secret to placemaking success?
How to find longtail keywords using Google’s Keyword Planner
Manchester’s Role in LGBTQ+ History