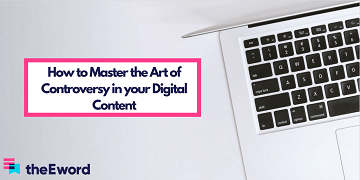 How to Master the Art of Controversy in your Digital Content. 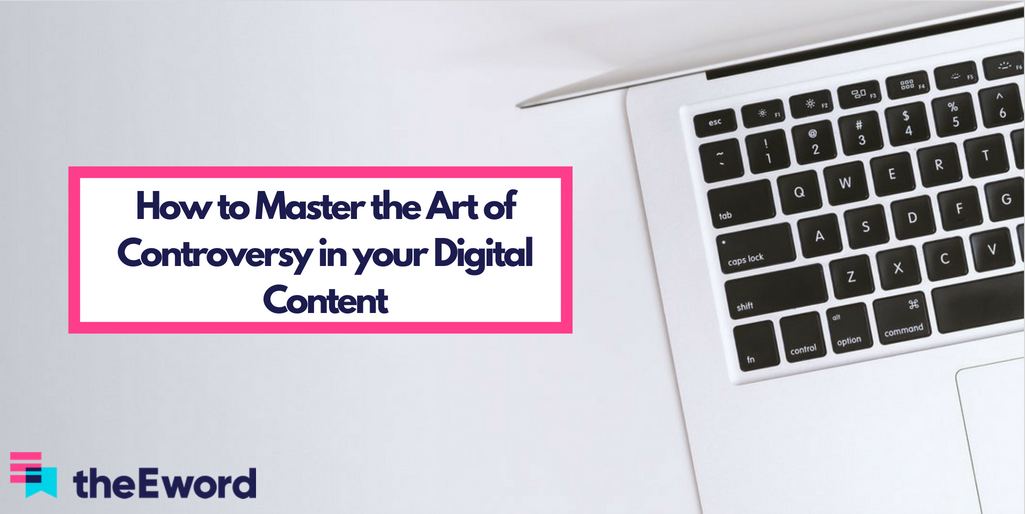 D’you ever read a piece of content and think that it is, when boiled down to its essentials, a Very Boring Article? It inspires a feeling of ‘meh’ in even the most excitable reader, and is met with a chorus of ‘So what?’ It’s officially beige.

You don’t want to be That Guy who posts this sort of content, do you? A handy way of avoiding that is by embracing controversy. Now, there is a fine line, and you don’t want to cause a scandal by espousing controversial beliefs that you don’t quite believe in. Or, maybe you do, but that’s another conversation.

The ultimate goal is to distance yourself from the rest. But being different comes with a cost – unless you do it in the right way. Here’s how you can tread the line and wield the power of controversy without everyone hating you when you go viral for that ill-advised marketing campaign.

The science of controversy

To understand just how controversy sparks debate, two researchers from the universities of Miami and Pennsylvania published a journal called When, Why, and How Controversy Causes Conversation.

Looking at things from a marketing-and-advertising perspective, the study demonstrates how you need to strike a balance between engaging people and alienating them.

Basically, topics of an ‘acceptable’ level of controversy are more likely to spark debate, whereas trying to stimulate talk around heavier topics – religion and conspiracy theories, for example – is more likely to be met with silence. Unless it’s 4am and you’re with your best friends, of course. When you’re reaching out to vast audiences, you need to be more lighthearted.

This applied in the golden days of advertising, and it still applies in today’s digital space.

Take a look at the advertisement below. It’s a classic example of 1950s advertising; it looks at gender in an uncomplicated, relatable, and lighthearted way. 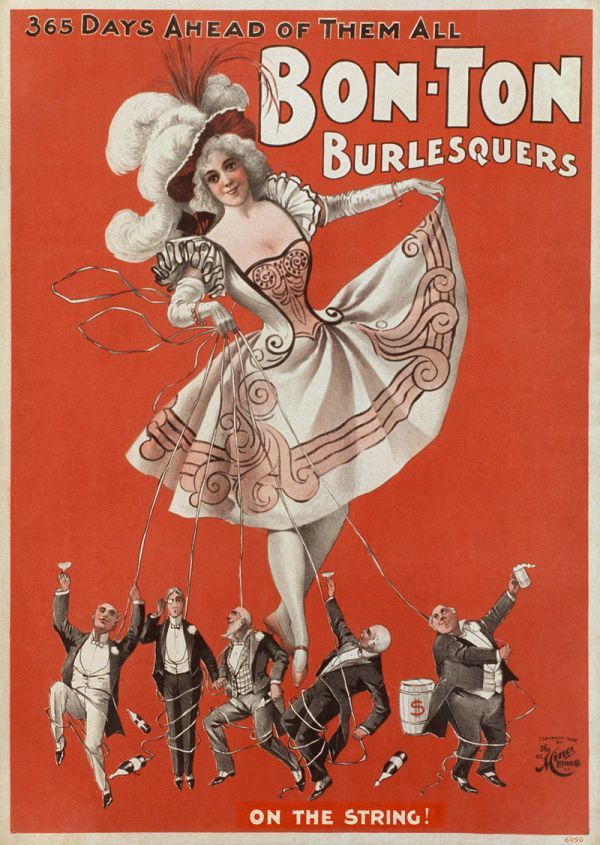 On the one hand, it showcases the U.S. department store Bon Ton and their collection of burlesque dresses. On a deeper level, it plays on gender roles in society (at that time) by putting the woman in a position of power. Similar to the phrase ‘wrapped around your little finger’, the woman is literally stringing the five men along – all at the same time, too.

It requires a deeper level of analysis but, critically, it’s not so deep that it alienates anybody. It pokes fun at the idea that, with this dress, you too could have your choice of gentleman.

It triggers an emotional response, and it raises awareness around Bon Ton. As a result, the advertisement became a huge talking point at the time, and it’s still revered today.

Fascinating, isn’t it? But it’s time to fast-forward.

Let’s think about how we can achieve this today, in digital marketing. We’re faced with the same challenges as years gone by, but the results have become far more quantifiable.

For example, it’s just as difficult to sign off on ‘controversial’ ideas now as it was decades ago. You don’t want to cause an outrage, whether you’re a marketing manager or a business owner.

There is also more at stake. Back in the day, word of mouth was the primary metric by which success was measured. It was all about exposure. Nowadays, your content needs to attract publicity with likes, social shares, and backlinks from reputable websites.

Here’s what you need to do (and what you should not do).

DO: Use data and reputable sources

It’s a good idea to have science on your side. You don’t want the credibility of your content to be questioned or put under the spotlight – especially when you’re dealing with a controversial topic.

If something that’s contrary to popular opinion is proved correct by a reputable source, then you’re onto a winner. Let data do the talking.

DON’T: Go in with an agenda

It’s important that you leave your manifesto at the door. If your belief system is too far entrenched in your content, it becomes biased. You need to tell both sides of a story, even when you’re trying to win your audience over to one.

DO: Respond with the follow-up in the right way

For controversial campaigns that didn’t go as expected, ‘aftermath’ or ‘backlash’ might be a better choice of words than follow-up. However your content is received, it’s important that you respond to criticism respectfully and in a composed manner.

Plenty of businesses have landed in hot water over how they conducted themselves after the fact.

When it comes to the images you use, we advise you to err on the side of caution. A picture paints a thousand words, after all. Remember this Dove advert? It sticks in your mind for all the wrong reasons. 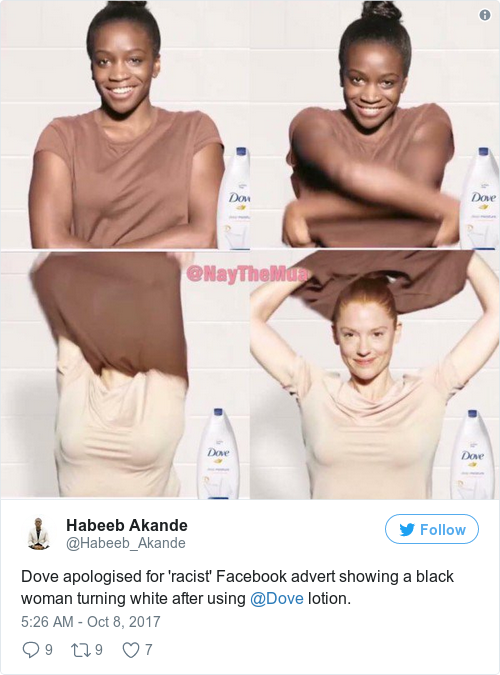 DO: Offer a unique perspective

This is the bread and butter of controversy. Successfully controversial content – the type that really rocks the boat and gets people talking – always offers a unique perspective. It looks at familiar concepts in a way that many people might not have considered.

Marketers should not choose any one group to be the butt of their joke. It only serves to alienate people, and it comes off as arrogance. Don’t take any cheap shots!

Otherwise known as newsjacking, you’ll show how your business is not only up-to-date with current news and affairs, but you’ll also demonstrate how you’re on the same page as your audience. You ‘get’ them.

By creating timely content, you’ll press the right buttons and, hopefully, take the words right out of your audience’s mouth.

Look at this smart little campaign from Patagonia, a U.S. manufacturer of outdoorwear. Although it can be accused of bias (it couldn’t be more anti-Trump), it does a great job of showcasing the company’s staunch environmental beliefs while commenting on issues that are at the heart of current debate. 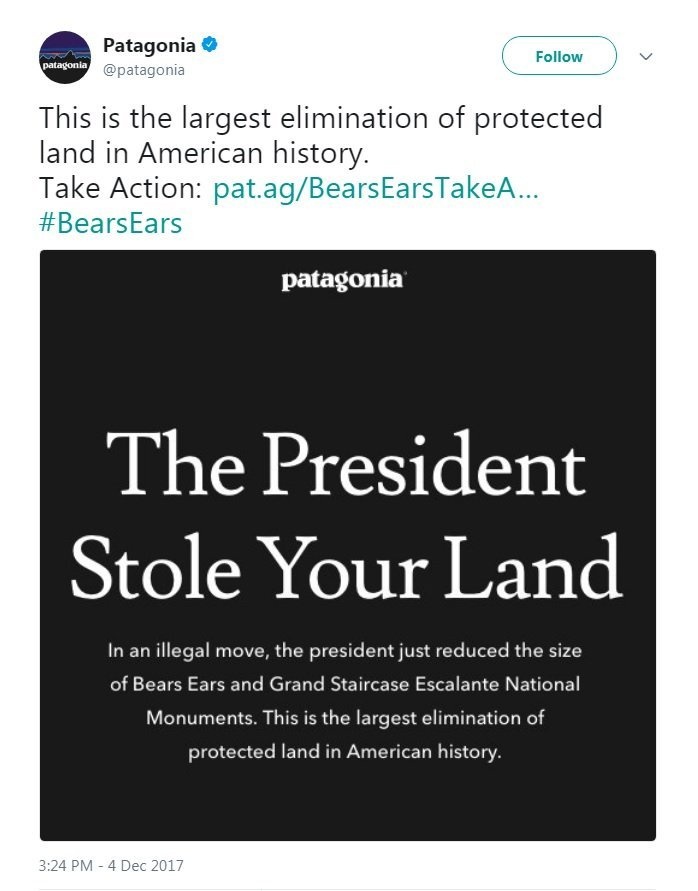 DON’T: Jump on the bandwagon

Old news is no news, and if you’re rehashing the same ideas as everyone else, you’ll just blend in. Stand apart, and never settle for mediocrity!

Rock the boat with the right agency

There you have it! Your very own controversial content cheatsheet. Now you can rock the boat without capsizing it. If you’d like to run these kinds of campaigns, but are concerned about getting it wrong, you need to work with a digital agency that will hold your hand and take the worry away – while creating amazing content.

Check out our How to Choose a Digital Agency guide – it gives you everything you need to pick the right agency for your needs.

In the meantime, you can call us on 0161 848 4300, or fill in an enquiry form here. Alternatively, you can also book a call in with our director Kleon, who is more than happy to talk through your goals.

Why we’ve built another startup (and why it’s PropTech)
Property Marketing: Experts on the New Normal
What #MCRMonsters teaches us about destination marketing