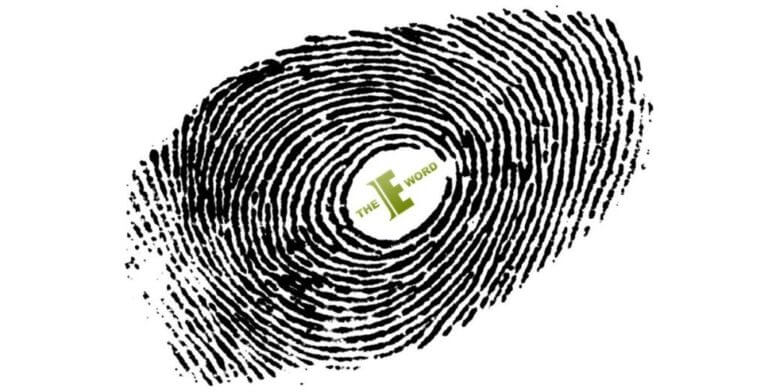 Creating a House Style For Your Content: Why & How?. 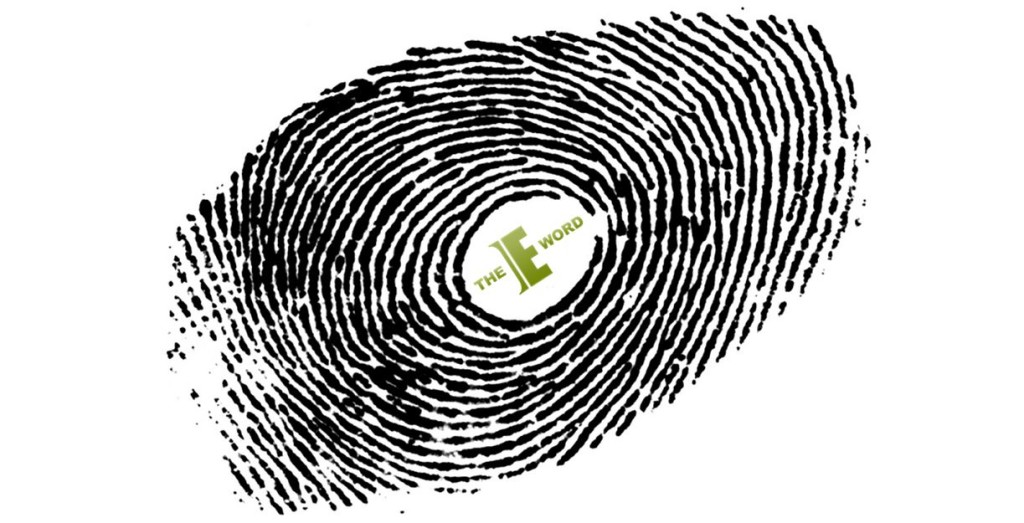 As regular readers of theEword blog will know, our content is written by many different contributors. There are a number of reasons for this, including time, areas of specialism and the fact that we’re lucky enough to have so many people keen and talented enough to join in.

This is undoubtedly a positive. By building a strong bank of contributors whose content is trusted throughout your industry, you are creating a very strong resource. However, you need to make sure you’re all singing from the same hymn sheet, and this is where a ‘house style’ enters the mix.

What is a house style?

A house style is a standard that all your writers should follow. While by no means dictating to people what they should write, it establishes elements such as the tone of voice you want to take and stylistic elements such as how to present a heading.

Every big publication has one. The Guardian and Observer Style Guide is one of the most extensive and highly regarded house styles in the media world. It’s certainly one that we’ve drawn on at theEword to ensure our content hits the mark.

But why bother with a house style? After all, it seems like a lot of effort and as long as the work is getting done, what does it matter? Well, here are just a few reasons:

The content you create has many purposes, one of which is promoting your brand. If you want your brand to be perceived in a certain way, it follows that your content should be geared towards this goal.

It doesn’t mean that writers have to cast aside their own unique tone of voice. Far from it. It simply means that if someone were to read more than one piece of your content, it would be obvious that each piece had come from the same place.

Your audience is a key factor here. Everything you write should be aimed at your chosen audience, and this will affect many elements of the writing. Ask yourself questions such as:

What tone of voice is most appropriate for my audience? 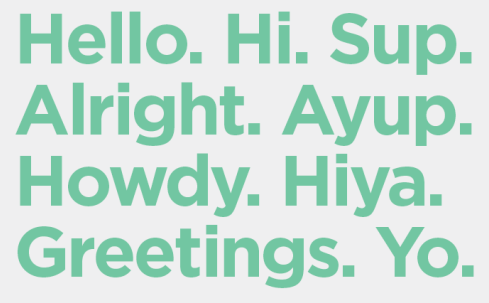 The tone you convey in your content should match the way your brand portrays itself in the real world. If you are the life and soul of the party at networking events, people would be surprised and disappointed to find dry, formal content on your site.

How much knowledge should I presuppose of the audience?

We’ve talked a lot about the customer journey before. You might decide that you want to target people at a particular point of this journey, or you might prefer to spread your efforts across a few different sub-audiences – e.g. you might speak to those at the awareness phase slightly differently than consumers at the interest phase.

You know your audience better than anyone. Get too technical and you might frighten them away. On the other hand, if you end up being too simplistic, they might feel insulted or talked down to. It’s up to you to decide where the balance is, but make sure all your writers know this too.

While you certainly don’t want to turn your writers into a team of robots, it’s important that there is some order to your content.

Last month, Guardian production editor David Marsh revealed the process behind the Guardian combining its style guide with its sister paper The Observer a few years ago.

Those of you who are still skeptical about the need for a style guide might be interested to know that the main reason for this is that the editorial teams felt that muddling the two styles together was resulting in “sloppy” and “confusing” presentation. In other words, they wanted readers to continue to feel at home, while they also wanted to ensure their papers maintained their authority.

Mr Marsh spoke about the debate both sides had around two key elements – how to write the date and how to present quotations.

In the end, a compromise was reached and the publications now use The Observer’s date style along with The Guardian’s quote method.

The point here is that some of the country’s most senior journalists spent many meetings locked in a room fighting over these details, because they believed them to be important. Without a consistent content style, it will be much harder to achieve the identity that you’re after. 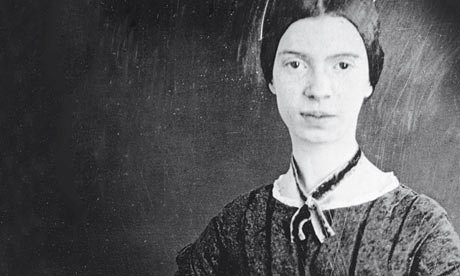 Leaving aside the fact that most of her work wasn’t published until after she died, which you could argue is a pretty ‘big thing’, the quote can certainly be applied to your content. You want people to read, enjoy, share and engage with, and this isn’t going to happen overnight.

By taking care of the little things, you will see your content gradually improve over time, to the point that it becomes difficult for your audience to ignore.

Elements such as font size, heading style, quote structure and whether or not you express a percentage as ‘per cent’, ‘percent’ or ‘%’ might not seem significant, but if every writer is doing these things slightly differently, your content is in danger of looking untidy. Worse than that, some might even view it as a little unprofessional and won’t take you seriously.

After all, everyone knows how important the little details can be. If potential consumers can see that you’re neglecting the little details in your content, they might worry that the same holds true of your products and services.

How to create a house style guide

Few businesses have the time to create a style guide as extensive as the Guardian/Observer. We’re certainly not expecting that of anyone reading this post!

What you can do is focus on a few key areas and ensure people know what is expected of them. Focus on the situations that frequently crop up for your business, such as commonly used acronyms and sources of information that don’t require further explanation to your readership.

For example, the Guardian/Observer guide entry for Facebook advises (somewhat grumpily, it has to be said): “No need to call it “the social networking site” every time – we know what it is”. This is also a good illustration of how not to talk down to your readers.

Have a consistent system in place for formatting elements that are likely to appear in most pieces, such as headings, bullet-point lists (full stop or no full stop?), CTAs and quotations. That’s a solid foundation that you can build on.

Remember, as gargantuan as the Guardian/Observer guide is, what you see on the site today is neither a first draft nor a final version. Their style guide is constantly evolving as new issues crop up, many of which are brought to their attention by readers.

For example, David Marsh (again writing in the Guardian’s excellent Mind Your Language column) recently discussed an amendment to style guide that was made in response to a reader letter. The reader was irritated by the way the paper changed ‘mom’ to ‘mum’ in every circumstance, regardless of context.

This was even being done with direct quotes in some cases, and led The Guardian to officially amend its style guide to say that ‘mom’ should remain unchanged if it is appropriate in the context – i.e. if the story/quote is from the USA.

If you notice a situation occurring frequently that is not in keeping with the style you’re after, or is causing inconsistencies between writers, address it and put measures in place to stop it happening again. You can also invite your writers to come forward if they spot anything they feel needs to be included in the style guide.

Remember what the style guide is not

It can be tempting to use your style guide as a forum to air your bugbears with other people’s writing. Don’t.

Situations like ‘could of’ instead of ‘could have’ are not a question of style, they’re a matter of fact. Clearly, they’re important to get right, but they don’t belong in your style guide.

Stick to creating guidelines that will ensure all your writers are projecting the tone you want in a consistent manner. This is one of the first steps to creating a high quality content resource, so invest the time early on and you’ll thank yourself later. 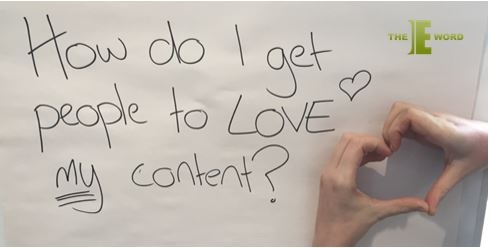 Want more tips on how to write great content? Pop your details in the form below and we’ll email it right over:

How to solve marketing problems with deeper targeting
How the Coronavirus impacts Student marketing
Outsourcing your content marketing: the many reasons why you should

Have an informal conversation with one of our marketing experts.

Setup a thirty minute introduction call with one of our team. We'll tell you more about theEword and our approach, and we'd love to hear more about your business.