When to take your brand on to a new social network

Here’s the tricky decision, which all marketing folk have encountered at least once before. A new social network comes along and makes waves in the news. Your company already has a Facebook page, a Twitter page, a LinkedIn page and maybe a YouTube account. But it doesn’t have a presence on this new site.

On the one hand, you can’t miss the opportunity to be an industry leader on a new network: get in early, be there from the beginning and figure out what works before other brands have even had chance to sign up.

On the other hand, all of this work takes time. And if the network doesn’t take off, then that’s time (see: money) wasted.

In the short space of time between Meerkat’s launch and Periscope’s, some brands had already committed to Meerkat, pouring lots of creative and technical time (see: money, again) into the app, in an effort to claim the title of ‘being first’.

You can see in the chart above how Meerkat was set to rocket in popularity, but it was Periscope’s superior marketing effort, fuelled by Twitter, which gave them the lead and plucked Meerkat’s fingers off the ledge. Keen analysts will also note that both networks are now plummeting, but more on that later.

Imagine it. It doesn’t matter whether you’re agency or client-side, having won your company the title of ‘First On Meerkat’ now counts for nothing. Or worse, you now look like you made an uninformed decision, or even worse than that, you’re uncool (thunder sound effect).

So, without the aid of a crystal ball, when is a good time to jump on the bandwagon of a new social network?

What’s new or unique about the new platform?

Social media - it’s media shared socially. That media could be text based, image based, video based, or even VR-based. Your product or service might best suit one or two of these mediums, but rarely all of them. For instance, legal firms need lots of room for copy and important information, whilst fashion brands need a visual medium to communicate an aesthetic.

What do you want to do? Make your products look great? Communicate an experience? Demonstrate knowledge?

If the new platform doesn’t help you to communicate your brand at least as well as the ones you have, there’s no point in trying to get onboard, even if it looks set for success. If a new platform is a better version of an existing platform which already works, it’s one to keep a close eye on.

How popular will it be?

The popularity of a social media channel can only be measured by ‘active’ users, rather than total users. Myspace still has millions of open accounts, but ‘active’ users? None. Conversely, Snapchat had relatively few users in its first year, but an incredibly active user base.

Google Plus is a perfect case study. Google simply made everyone a Google Plus user, but it’s nearly as barren a wasteland as MySpace in terms of ‘active’ users.

When to make the move

Let’s get to why you’re here. You’ve found a new social media platform, it’s perfect for your brand and it’s not a social media wasteland like MySpace or Google Plus. It’s full of promise and buzz from the industry. Decision time.

There you have it. Notice how it glided beautifully upward, and then took an elegant dive toward the ground? That’s the secret. All social media platforms take this path.

Let’s go back to that graph.

Here’s the interest in Periscope over time (this had a slight resurgence recently with the bizarre 'Drummond Puddle' incident, but it will need more than a one-off to buck the trend):

Here’s the interest in Meerkat over time:

Here’s the interest in Myspace over time (to really get the point across).

Notice the climb and the fall? And how (broadly speaking) the fall lasts twice as long as the climb? This is all you need to know. All social media platforms take this flight path. Meerkat and Periscope have almost landed. Myspace has truly hit the carpet.

Facebook? Well, that’s invincible isn’t it? Nope. Below is the interest over time. It’s still in flight, but you can clearly see where it’s going, over the next three to four years.

... but that climb won’t last forever!

So now you know what to look for, let’s take two new social networks, Beme and Wanalo, and have a look at their trajectory.

What do you think? We'd love to hear your thoughts on social media and how your brand uses it. You never know, we might even incorporate some of your questions into our next Eworkshop. 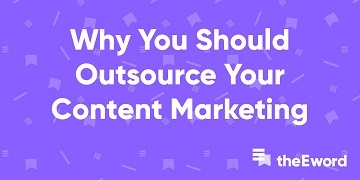 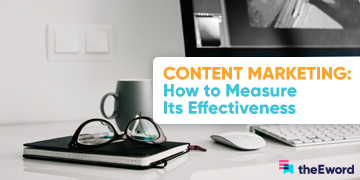